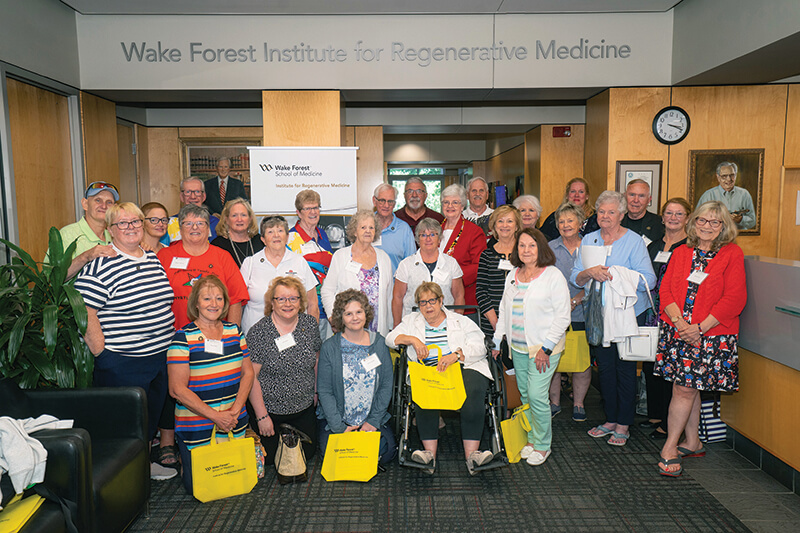 Members of the fraternal organization Order of the Eastern Star (OES) are continuing their quest to raise $1 million for the Wake Forest Institute for Regenerative Medicine (WFIRM). Peg Reiterman, a group leader from Ohio and chairperson of the OES General Grand Chapter’s Regenerative Medicine Committee, visited WFIRM in June to meet faculty and students whose work is being impacted by the OES’ grassroots fundraising efforts.

From 2015-18, OES raised nearly $750,000 for WFIRM through a successful fundraising campaign. A new 3-year campaign began in fall 2021. The 16-member OES committee is promoting regenerative medicine and the work of WFIRM throughout the US, Canada and the world.

Read More From This Issue


Helen Jean Westmoreland (Gordon) passed peacefully on August 12, 2022. She was initiated into the Order of the Eastern Star in 1968 and subsequently met her closest friends and held a number of positions of high distinction, culminating with her appointment as the General Grand Chapter’s Most Worthy Grand Matron from 2015 - 2018. Helen will be greatly missed.