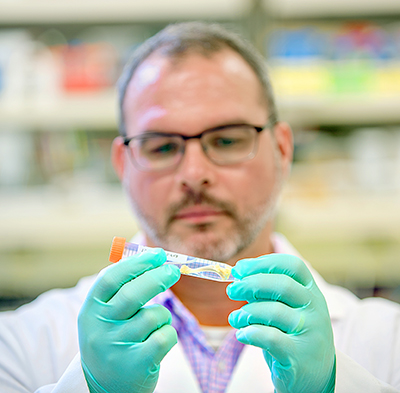 “What our study discovered was that the powerhouse machinery of the cell that is largely responsible for making energy, called the mitochondria, is dysfunctional in cells, mice and humans during spaceflight,” Willey said. “Dysfunction of the mitochondria occurs in many health problems on Earth, such as certain cancers, heart diseases and others. Our research efforts aimed at protecting human health in space may also apply to helping promote good health here on Earth.”
Skip Social Links
Make a Gift Today
This article appeared in Engage - Summer 2021.  Read More From This Issue
×