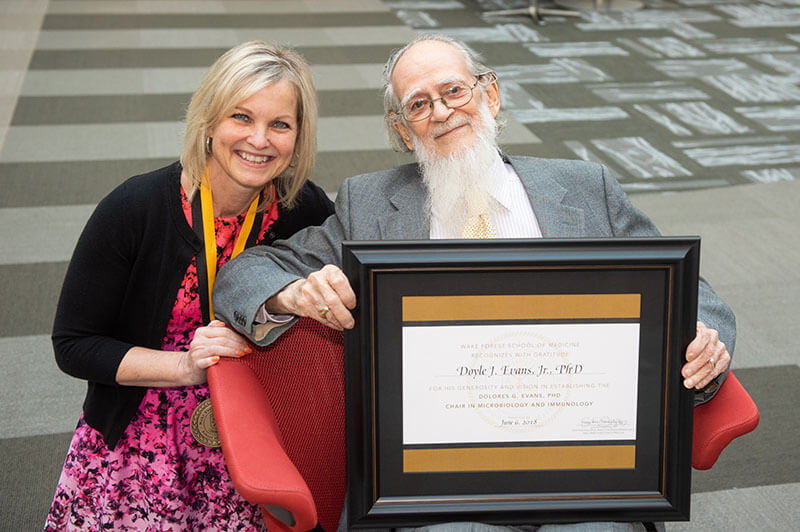 Doyle Evans, PhD, made sure that a symbol of his deep and abiding love for his wife, Dolores, the first woman to earn a doctorate at Wake Forest University School of Medicine, would live forever.

In 2018, Doyle established the Dolores G. Evans, PhD, Chair in Microbiology and Immunology at the school in her memory. When Doyle died in August 2021, he performed one final act of love, supplementing the chair with an estate gift. The Evanses had no children, so he named the chair as beneficiary of his retirement plans and a portion of proceeds from the sale of his home.

Establishing a research chair was an appropriate way to honor Dolores. The Evanses graduated with PhDs from the School of Medicine in 1968. They worked together as researchers for many years, including roles in the SEATO Cholera Research Laboratory in Bangladesh and a Veterans Administration Hospital in California before settling in Houston, Texas, in 1975.

Before retiring in 2003, Dolores focused most of her work on enterotoxigenic E. coli and H. pylori bacteria, and her work helped prove that H. pylori bacteria, not stress or other factors, cause ulcers. Together, the couple developed a diagnostic test to identify the bacteria that is now used in clinics around the world. 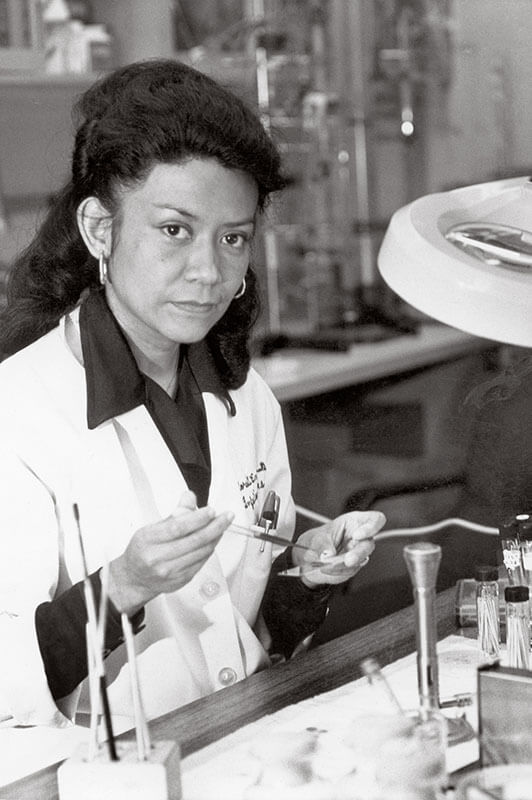 Following Dolores’ death in 2017, Doyle’s gift created the medical school’s first endowed chair in the basic sciences. Martha Alexander-Miller, PhD, who directs the Center for Vaccines at the Extremes of Aging at the School of Medicine, was presented as the inaugural Evans Chair on June 6, 2018. Doyle had requested the investiture ceremony be held on that date because it was the couple’s wedding anniversary and the date Dolores had immigrated to the United States from Mexico in 1962.

“I am very happy that she is the recipient of the chair,” Doyle said of Alexander-Miller. “Not only is she delightful, but she is very smart! She’s just like Dolores was, taking on many projects. It makes me very happy.”

Doyle’s generosity, during his life and through his estate, has ensured that additional researchers will hold the title of Evans Chair in the future. It also means that Dolores’ name and the couple’s love story will live on at the School of Medicine.