Most people at the time called them incubators, clear enclosed cribs used to keep babies warm and shielded from germs. It was the hospital’s first isolette.

Lasater had no way of knowing that one of his grandchildren would need it. When Borden Hanes was born six weeks early on July 7, 1945, weighing 3 pounds, he became the first baby at the hospital to be cared for in the isolette, the very one provided by his grandfather. 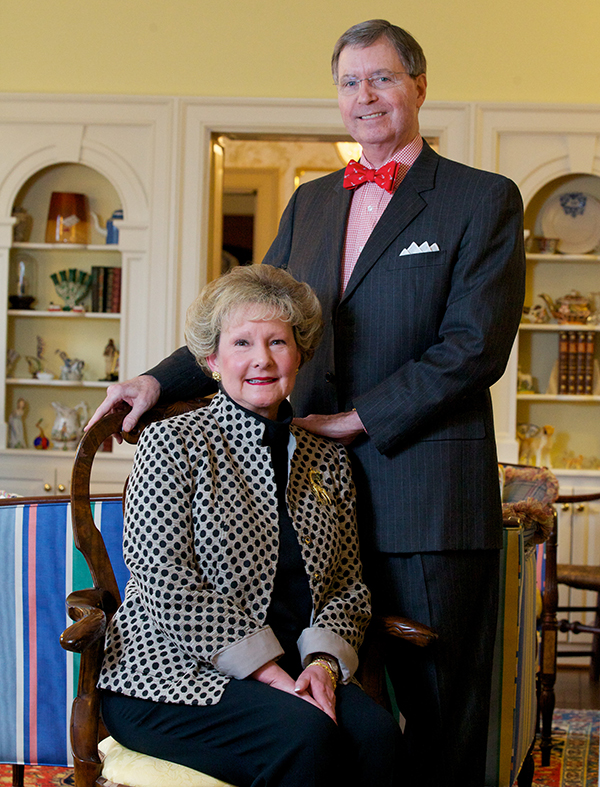 “I was just blessed to come along at a time when they could care for me,” says Borden, who along with his wife, Ann, is serving as honorary chairs for the fundraising campaign for a new neonatal intensive care unit (NICU) at Brenner Children’s.

The campaign is raising $25 million to build a new NICU with 51 private patient rooms and a more comfortable, supportive environment for families. The couple has made their own significant gift to the campaign and encourage others to support it as well.

From the donation that helped Borden grow and thrive to their role with the campaign, the Hanes’ connection with care provided for the tiniest babies has come full circle. Borden is now 74, and both he and Ann use humor when discussing his earliest days.

“My family always told the story that after my mother recovered, the minister over at St. Paul’s Episcopal came to visit,” Borden says. “He told her, ‘I want you to know that I just caught a fish that’s bigger than your son.’”

Says Ann, “Borden likes to say, ‘They put me in that incubator and set me to cook!’ Being born at 3 pounds is hardly a challenge today, but in 1945, it sure was.”

Today’s challenges involve babies who arrive even more prematurely, at lower birth weights or with complicated medical conditions that require expert care. A new and expanded NICU will help families throughout the region.

“I know our NICU needed a lot of tender loving care,” Borden says. “It not only needed to be better equipped but also needed to be expanded dramatically. It’s a big number—$25 million—and we’ve got a ways to go, but we’re going to get there.”

“It’s so important,” Ann says of the campaign. “We have needed to upgrade the NICU for years.

“Borden wouldn’t be here without NICU care, so supporting this campaign is something we both feel very strongly about.”
Skip Social Links
Make a Gift Today
This article appeared in Engage - Summer 2019.  Read More From This Issue
×