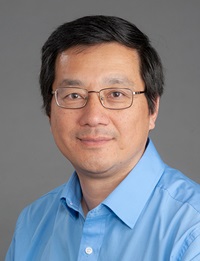 Scientists have reported a new approach to treating lung cancer with inhaled nanoparticles developed at the School of Medicine.

Among other findings, the team showed that combining the nanoparticle inhalation with radiation applied to a portion of one lung led to regression of tumors in both lungs and prolonged survival of the mice. The team also reported that it completely eliminated lung tumors in some of the mice.