Wake Forest Baptist Health scientists have been awarded $3.9 million from the National Institutes of Health to determine if a procedure used to treat Parkinson’s patients can improve age-related cognitive abilities and counteract the effects of Alzheimer’s and other types of dementia. 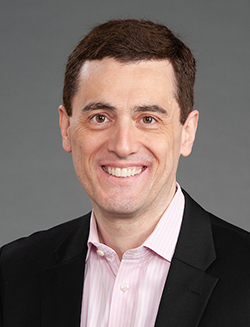 Under the five-year grant, which will be conducted in collaboration with the Medical College of Georgia, the researchers will study deep brain stimulation (DBS) in an animal model. The study is designed to test the effectiveness of DBS in improving memory and evaluate the duration of benefits after the intervention.

“Based on our previous research, we anticipate that deep brain stimulation will improve cognitive performance, but we also hope that it will prove to be an effective intervention for Alzheimer’s,” said the study’s principal investigator Christos Constantinidis, PhD, professor of neurobiology and anatomy.

The study is being conducted in nonhuman primates because they experience age-related cognitive decline similar to humans and develop amyloid deposits in old age, a hallmark of Alzheimer’s in humans.

Alzheimer’s research is a priority area of NIA due to the annual cost for care of Alzheimer’s patients in the United States exceeding $277 billion or $850 for each U.S. resident.

Research Funding
Research reported was supported by the following grants from the National Institutes of Health (NIH):