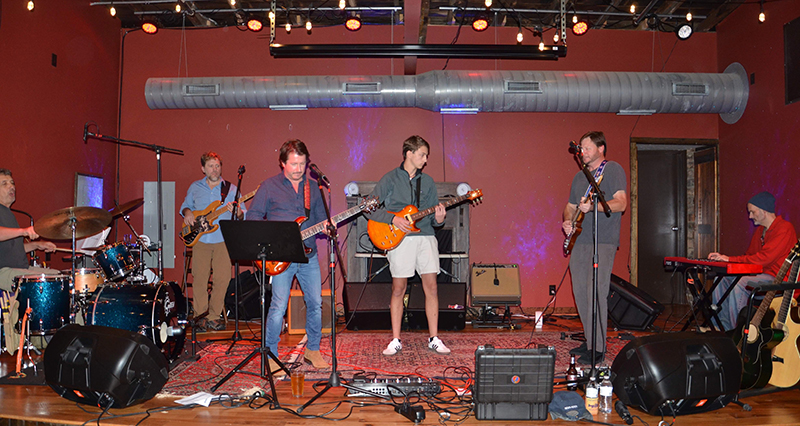 Archie Dees doesn’t remember how Brenner Children’s helped save his life—he was only 10 days old—but when tasked by his parents to get more involved in his community, the recent Salisbury High School graduate knew the nonprofit he wanted to support.

“My parents have always talked to me about community involvement,” Dees says. When his dad planted the idea of hosting a fundraiser, Dees immediately thought about Brenner Children’s, since he spent six weeks as an infant there after he suffered a stroke caused by a blood clot in his brain.

After speaking with his guitar teacher, Tripp Edwards, Dees decided to organize a concert for his fundraiser and went to work figuring out the details. Dees put together a list of potential supporters and then met with each one face-to-face to explain the importance of the children’s hospital. Each sponsor was allowed to bring guests, and Dees offered a limited number of tickets for purchase through Facebook.

“From the beginning, I was not going to fundraise at the concert, so sponsors and their guests could just enjoy the show,” he says. “But we received several more unsolicited donations from guests on concert night.” One of those donations was a significant one from the venue host, whose son had been treated at Brenner Children’s several years ago. 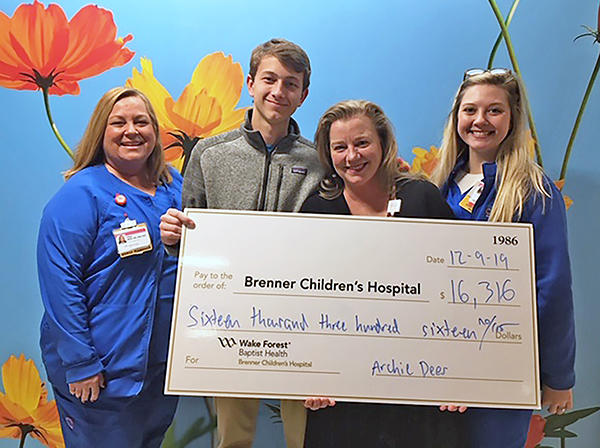 “My original goal was to raise $6,250 for Brenner and the same amount for UNC Children’s,” Dees says. In fact, the final tabulation after the November 2019 concert was more than $17,000 for Brenner and $15,000 for UNC Children’s, where he has participated in a charity basketball game sponsored by former UNC basketball star Eric Montross for the past six years. Dees made that donation in honor of Montross.

Cherrie D. Welch, MD, medical director of the Dale and Karen Sisel Neonatal Intensive Care Unit (NICU) at Brenner Children’s and professor of pediatrics at Wake Forest Baptist Health, met Dees and his parents when they came to deliver the check and tour the Brenner Children’s NICU, which opened in summer 2019.

“This gift touched me uniquely in that it was given by a patient himself. I have never had that experience before,” Welch explains. Dees wanted the money to help families in the NICU directly.

“Families have needs as simple as help paying for parking at the hospital, gas money or car repairs—so they can come to the hospital to be with their baby,” she says. “Sometimes families need help buying a car seat or crib for their baby or paying an electric bill. We also plan to use some of the funds to pay for educational items for families to help them learn about their baby and about life in the NICU.”

“Visiting the NICU and seeing the work all the nurses and doctors are doing with the children was eye-opening,” Dees says. “Seeing the kids in the NICU gave me an idea of what it was like for my parents and family. I know that it is a difficult job as a nurse or doctor in the NICU, but they give kids like me the gift of life.”

Now a healthy teen planning to major in sports management and communications in college, Dees’ fundraiser gave him the opportunity to say thank you to the doctors and nurses who save lives and assist families whose children receive care at Brenner Children’s.

Would you like to also support the Dale and Karen Sisel NICU? Learn More