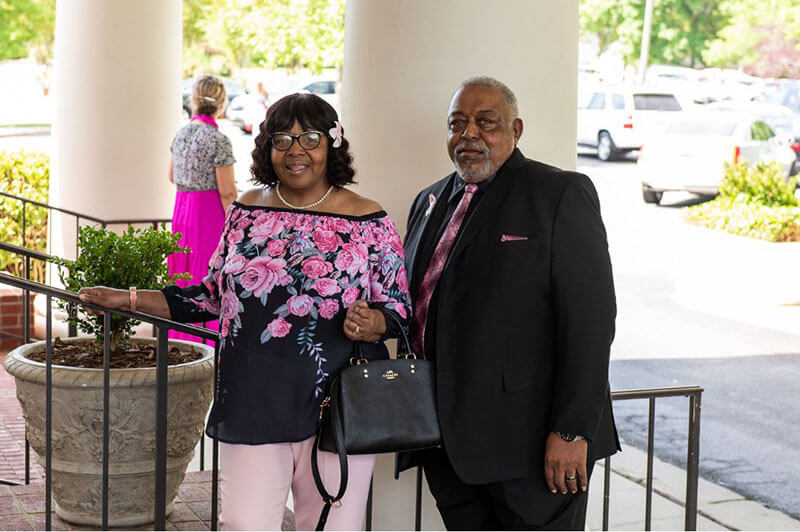 Retirement is allowing Ercell and Linda Tate the opportunity to pay back some of the good fortune they believe they received through Wake Forest University School of Medicine’s Physician Assistant (PA) Program.

In 2020, the Tates honored the memory of their son André by establishing the Tate PA Scholarship, which they endowed through a gift of stock. Earlier this year, they chose to further fund their scholarship through their estate plan.

“We put the scholarship in our will so it can continue to increase and help more than just one student,” Ercell said. “We feel that we wouldn’t be where we are if Wake Forest hadn’t done what it did, and we want to do all that we can do to make the PA program a success.”

Help During a Hard Time

The Tates are natives of eastern North Carolina who were high school sweethearts. Ercell served as an U.S. Army paramedic during the Vietnam War, and Linda trained as a nurse. Following his service, Ercell chose to pursue a career as a PA, and determined that the fairly new PA program at Wake Forest that had started in 1969 was best for him.

The demands of being a student with a family proved difficult.

“I was kind of in a bind,” Ercell said. “I was in school, no job, living in campus housing, with a wife and two kids. I was going to have to drop out of the program.”

He explained his situation to the PA program’s leaders, and the help the family received changed their lives. Linda was hired as a nurse at N.C. Baptist Hospital, and Katherine Anderson, MD, the first director of the PA program, helped find off-campus housing for the family.

“From then on, Wake Forest has been in my corner,” said Ercell, who in 1973 became the school’s first African American PA graduate. “I felt that whenever the opportunity came around, we were going to do all that we could to repay what Wake Forest had done for us.”

Leading with ‘Hearts of Gold’ 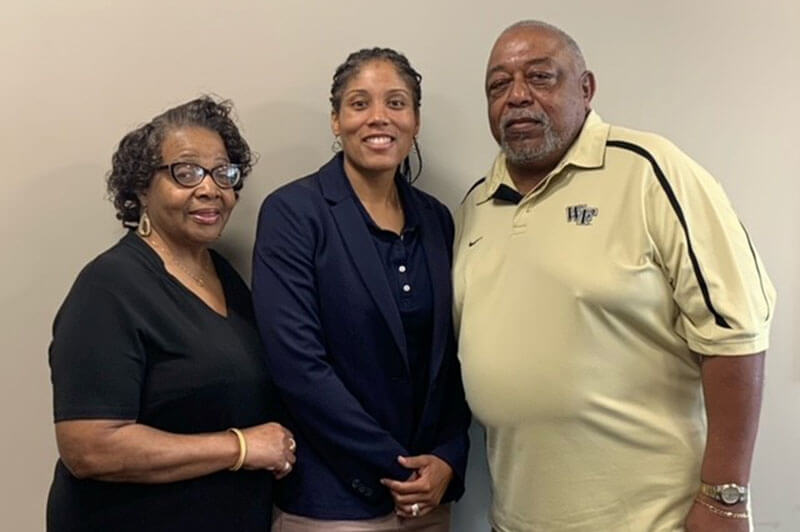 The result was the Tate Scholarship. The first recipient was Tiara Good-Greene of the PA Class of 2022.

“When I got the phone call that I had been accepted into the PA program, one of the things they told me was that I had already been given a scholarship. It was a humbling experience,” said Good-Greene, who played basketball as an undergraduate at Wake Forest University.

Just as the Tates were when Ercell went through PA school, Good-Greene is married with two children. She said she has been able to develop a personal relationship with the Tates.

“They are beautiful people with hearts of gold,” she said.

Ercell is recognized as a leader in the PA profession. He helped found the American Academy of Physician Assistants and the North Carolina Academy of Physician Assistants, which he led as president, becoming the first African American and the first Wake Forest PA graduate to do so. He retired after a 22-year career with 3M Pharmaceuticals in Houston, Texas, and he and Linda moved to Colfax, N.C., in early 2020.

The Tates continue to give back in different ways. Ercell has supported the PA program by serving as a preceptor. Linda, who is a breast cancer survivor, continues to devote time to survivorship efforts that began when the couple lived in Texas.

Now, with an endowed scholarship that one day will receive additional funding from their estate, the Tates’ giving will live on for generations.